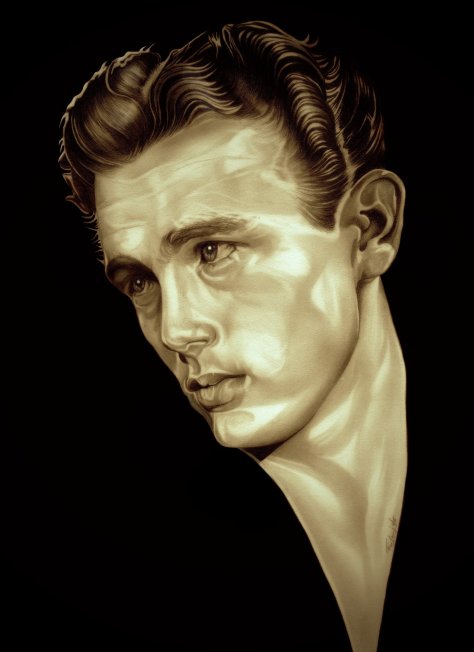 Artist Fred Larucci has been producing drawings seen at galleries and in publications worldwide for several years now. His work is currently slated to appear in the art gallery scene in the upcoming short horror film Month from Jonathan Holbrook (Tall Men, Beloved Beast). Prints of his various works can be found at Fine Art America.

Is it still true your work never features the same subject twice?

This was true early on. I try to choose and select the best shot, something that works for me completely in my portrait Illustrations, I feel if I selected the overall best image, there’s no need to do the subject over again. In later years, I was asked a few times to do subjects that I’ve already done for shows and exhibits so in a way…. the answer to that is both yes and no.

Are you excited to see seven of your portraits on screen in the film Month? Who are the subjects of those pieces?

Yes very excited because this format is something completely new that will be shown to a larger audience since the venue will be in a movie. The only portrait piece I can name now is the Director, Writer and Producer of the film Jonathan Holbrook (Tall Men, Beloved Beast), he wanted a Cameo to be included in the movie so I did one of him, sorry, I can’t disclose the rest until the movie is released or shown.

How did your first meeting with Jonathan Holbrook come about?

Facebook, lol….I was on a road trip with my Brother in West Virginia and we came across his last movie from 2016 called Tall Men. It took a while but I eventually wanted to see if the movie had its own page, to my surprise the director was on there and I sent him a single message telling him that his movie Tall Men was awesome. We became friends right after that and the rest is history.

I understand you are also working as an associate producer on his newest feature film Beloved Beast? Is that something you have always had an interest in? How did that come to be?

I’m a big supporter of the Jonathan’s work, I like his movies and he likes my art, So we already had that in common not to mention that we became friends….we’re both creators, just in different ways, him with his movies and myself with my drawings…..late 2017 I sent him a message that I would like to somehow be involved with Beloved Beast since I was a supporter of his work, it didn’t matter if it was just promoting his movie through social media, marketing it to my 700,000 social Media fans or if it was some other kind of support. I also told him that I would like to work with him down the road if all possible on his next feature, not to get into movies, but to have something art related in one…a few months had past, Summer now… I got a private message from Jonathan saying he might need me for a short he’s doing this fall because one of the scenes in his next movie involves an art gallery and artwork. We’ve been working together ever since.

Does it feel good to be able to express your creativity in such a different manner through you work on the film?

It’s harder because I don’t normally have the pressure of working under the gun like I’m doing with this movie, I usually work on subjects I want not the other way around. I asked about the shooting schedule thinking I had some time since they just got done wrapped up Beloved Beast and the director told me they’re going to start now.

What can viewers expect from Month? Are you at liberty to tell us any more about that?

Well for anyone who hasn’t seen Tall Men or soon to be released Beloved Beast…I would suggest you see his work to get a better understanding of what you might see in Month. From what I was told and I can’t elaborate too much about the plot is that it’s going to be bloody, He’s a Horror Director like John Carpenter and both directors have a knack for giving you the creeps with their movies.

Film work aside, do you have any upcoming art projects you are excited to bring into existence?

I had to clear my schedule to work with the director Jonathan and the Chronicle Factory for this film since my portrait drawings usually take 3-4 weeks each to complete and he requested seven for the Movies Gallery scene. We are in talks to possibly get a piece of my art in his next feature after Month called Overbite but I don’t want to get ahead of myself.

What have you learned most about the art world during your work in the field?

It has Highs and Lows…Stay focus, do what you love…you just need to forget about what other artists are doing and concentrate on your work. Nothing else should matter. 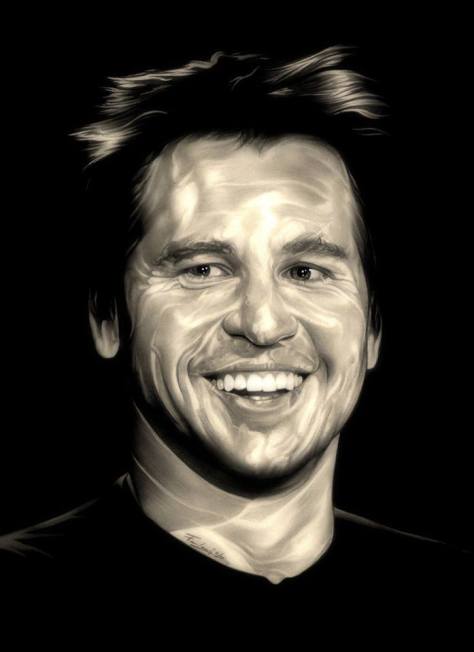 As an artist is there any one piece of work you hold more dear than the others?

Not really, they take so long that I’m usually bored of them after they’re completed and posted in the Night Gallery and on Social Media…I usually don’t obsess with my work, In a way I feel relieved that the work is done and I can relax for a few days before I start searching for the next project. 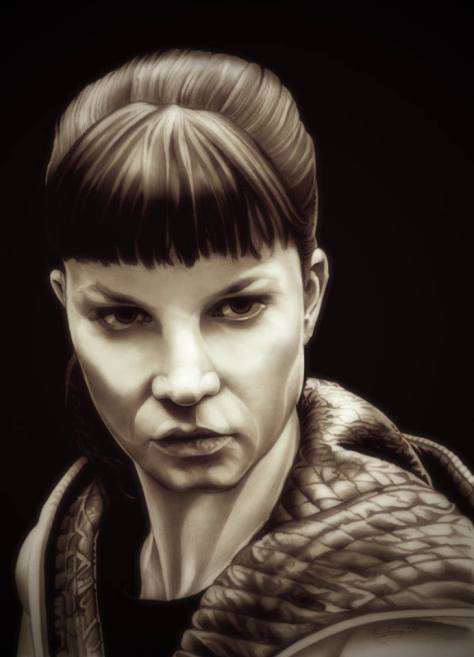 How do you think you have evolved most as an artist since we spoke last?

Try to stay active. Do Art fairs, Shows, Exhibits and constantly look for work that you can be involved in. Stay away from Money Making art calls that only have their best interest and business in mind and treat artists like Money making Cash Registers that they can benefits from. No artist should ever have to pay to have their art showcased. I’ve always said “If they think your art is good enough”, they’ll invite you to a show, exhibit or ask you to do it for free. I’ve dealt with a few of these early on. As for evolving….If you feel you can’t evolve anymore, you’re finished.