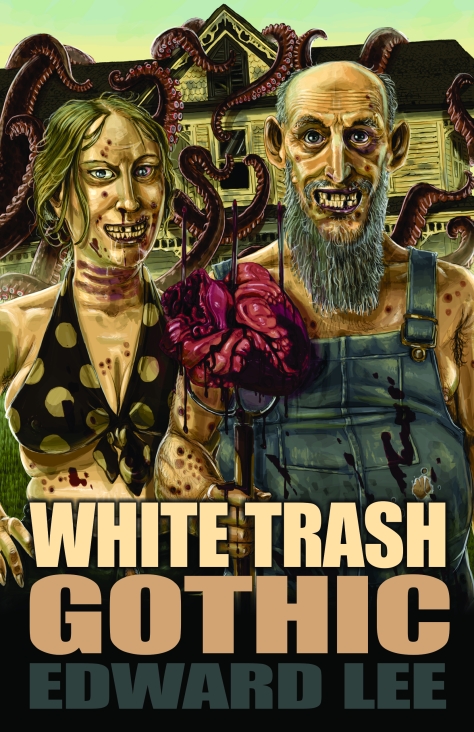 Edward Lee has been delivering extreme horror at its best since about 1988. His various works appear in countries worldwide with many of his small-press/limited edition hardcover releases becoming collector’s items. His latest work White Trash Gothic (Deadite Press) tells the tale of a writer suffering trauma induced memory loss and his quest to find it. Fans of his work can also find the movie The Walking Woman and a homage to Dali/Bunuel’s Andalusian Dog from 1928 the short film Andalusian Tadpole now both featured On Demand from Vimeo. He is currently working on a spoof on ABC’s of Death tentatively titled The ABC’s of Nude Horror.

What do you think it is about the macabre that drew your interest from an early age?

EL: I suspect its something innate because as a kid it seemed natural for me to steer towards horror. A baby-sitter took me to Psycho at a drive-in and I was tickled pink. I was more fascinated by the Tales From The Crypt comics than the super heroes. All I cared about on TV were Outer Limits, Twilight Zone, and The Invaders when everyone else my age was watching Mr. Ed and Leave It To Beaver. On Fridays and Saturday’s I’d stay awake waiting for my parents to go to bed, then I’d sneak out and watch Creature Feature on Channel 20 with Count Gore Dival (by the way, I still see the Count every year or two at conventions, and he still looks the same!) In other words, I don’t think anything in my childhood environment led me to the macabre. I think it was always in me.

How have you changed most since then?

EL: That’s the wonderful thing, I haven’t. What’s changed is media-technology and the overall market. The macabre-element in our entertainment pie has grown and grown along with the technology. One of the many great things about America is that there’s something for everyone, and public interest in the horror field seems to excel where as not so much in other fields and genres. Cool.

Do you think the horror genre has suffered during the transition from the its early day to what it is at this point in time? What do you think it is about the classic works that give them such timeless appeal?

EL: No, the opposite. The genre hasn’t suffered over time, it’s evolved, it’s been nourished, it’s exploded. It started roughly in the 1800’s as something nearly non-existent (Washington Irving, Hawthorne, Edward Bulwar-Lytton), then to something gaining steam and attracting more readers (Poe) until it matured into a bona fide “genre” (Lovecraft, Weird Tales, Ambrose Bierce, Seabury Quinn, etc.) World War Two put an understandable damper on the genre (who needs horror when you have the Imperial Japanese Army and the Waffen SS?) but after we handed them their asses in 1945, things got rolling again, and I think for an interesting reason. True, the first half of the 20th Century was a veritable exercise in horror via the two World Wars, but after it was all done people needed entertainment again and I think that supernatural horror became the next big thing, because it was the kind of horror that really didn’t mirror the real horrors of the world; instead, it was a fascinating, macabre fantasyscape, unlike anything the printed page has ever offered before. And by then, of course, Arkam House formed to exhume Lovecraft’s genius from obscurity and August Derleth hustled paperback deals for all those stories and books. This was the Big Bang of Horror. Then came another Big Bang, in the early ‘70s: Stephen King. His magnificent (and incredibly accessible) work–seemingly right out of the blue–CREATED the horror market as we know it today. By 1980, because of King, the Horror Octopus was released like Liam Neeson’s Kraken: a genre with multiple tentacles (sub-genres): something for everybody. King raised the public awareness of horror bigly (to quote the President), and this created a demand that swingin’ dicks like me were allowed to step into and fill. Lovecraft’s influence caused me to be a writer. But it was King’s contribution that let me and everyone else in this bizz today have a career. 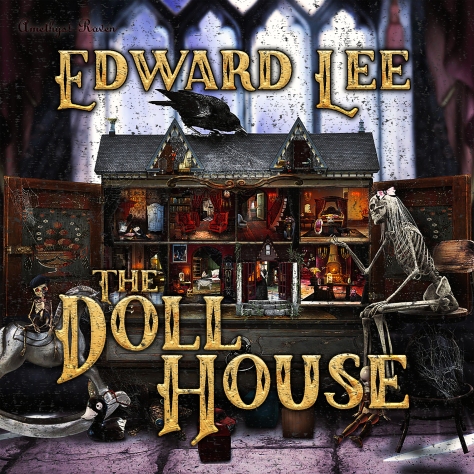 What does it take to make a truly good story?

EL: A main character who’s interesting and a sequence of unusual events that makes the reader want to keep reading. Nothing more than that.

Why do you think your work is often classified as extreme horror? How do you suppose that differs from the usual horror genre?

EL: the only difference is purely gray area, a matter of interpretation. It’s the same difference between cakes at the bakery. It’s all in the icing. You want a boring, mainstream cake, buy the fuckin’ pound cake. But if you want an EXTREME cake, buy the one with the most icing! Gross stuff happens in my books because that’s part of the icing. My books have head-humping, trans-vaginal evisceration, hock-parties, and cunt-kicking contests. There’s none of that in Lovecraft but look closely at, say, Shadow Over Innsmouth, and Charles Dexter Ward, and you’ll find things much nastier than my stuff

Why do you think people are drawn to horror?

EL: Probably something in our genetic code has always made us fascinated with the prospect of heaven and hell, ghosts, monsters, etc. The first stories ever written were HORROR stories written on the walls of caves, depicting all of these. The Windingo, the Fire Spirit, the Man in the Mountain, the Berserker, the Incubus. As cave men and women we hypothesized about these things. Where did we come from? And where might we be going next? Presto! Fifty thousand years later we have the same things going on but instead of cave walls they’re in books and on our Kindles.

Can you tell us a little more about Andalusian Tadpole? What inspired you to make that particular piece of work?

EL: Because I like weird shit. In 1928 Salvadore Dali and Luis Bunuel made a 14 minute movie called Andalusian Dog. (Bunuel’s mom paid for it.) There was no dog in it, and it wasn’t filmed in Andalusia. The point? After World War One came the Da Da art movement, followed by the movement of Irrationalism. It was the Art World giving a great big middle finger to humanity. The progression of mankind with all its intellect, all its genius and initiative, and all its promise have given us what? World War One: 18 million dead, 20 million crippled. The Spanish Flu Pandemic: 50 million dead. (That’s right, FIFTY, and all between 1918 and 1919.) Ah, and then the sequent Global Depression. Hence, the attitude of the Art World became thus: “If that’s the best it can do, FUCK mankind.” From this derived art movements that were brazenly anti-establishment. Dali, a surrealist, was also very interested in Irrationalism. So he and his buddy Luis Bunuel (who would be named and continues to be named year after year by critics as the 14th greatest film maker of all time) decided to make a short film wherein no single event or image in the movie has any rational correspondence to another–hence, Irrationalism. Myriad critics (such as Roger Ebert) rank Andalusian Dog as the most important short film ever made. Most of you have seen it and don’t realize it: it’s the one where the guy slices a woman’s eyeball in half in the first 30 seconds. I’ve recently become obsessed with videography and I wanted to make a homage to Andalusian Dog. (And I’m sure that it will NEVER be ranked as the greatest short film of all time!) I’ll continue to do such homages to mirror my love of abstract film.  (Eraserhead, Begotten, Seventh Seal.) Plus it’s a great excuse to film actresses with no clothes on! The kick in the ass is I gotta pay them $100 an hour. Check out https://vimeo.com/user22091649 if you’d like to investigate my wee efforts.

White Trash Gothic deals with trauma induced memory loss. Do you think sometimes in life the loss of memories can be a useful coping mechanism to have?

EL: I’ve never thought about it that deeply but I’m sure that some kinds of memory loss are deliberate defense mechanisms, instigated by our brains, and part of our genetics. But in White Trash Gothic, I needed my recurring character known as “The Writer” to have a reason to go back to Luntville, West Virginia, and a major case of memory loss seemed the most interesting way to implement this. He’s lost his memory due to the outrageous, traumatic shenanigans he witnessed 20 years ago in my novel Minotauress. This book heralds the return of my most notorious monster, The Bighead, and though White Trash Gothic is pretty much a full-length novel, it will continue as a series of novellas, so readers don’t have to wait too long for each next installment. The book is a hoot and, yes, it has a good ole redneck cunt-kicking contest in it.

How has the literary world changed most since you first became part of it?

EL: It’s changed hugely and it’s changed not at all. Hugely in that more and more people are reading now than ever, and more and more genres are exploding–a wonderful thing. Not to mention the explosion of new writers whose work is now accessible due to Kindle. But not at all, too, simply because just as some people are natural born basketball players, or mathematicians, or carpenters, some people are natural born story-tellers. And everyone likes a good story, right? It’s human nature, and it’s been this way for time immemorial.

Do you think you will ever give up being an author or is writing something that helps you keep going?

EL: It doesn’t help me keep going; it’s a privilege that’s been given to me for whatever reason; therefore I have an obligation to keep busting my ass. I’ll write till I’m dead, dead as a doornail like Jacob Marley. I’ll write till God on High drops my dick in the dirt. I’ll write till the moment that the Golden Bowl ceases to vibrate. I’m getting old now, I’m 60, and I write slower…but I ain’t done yet. 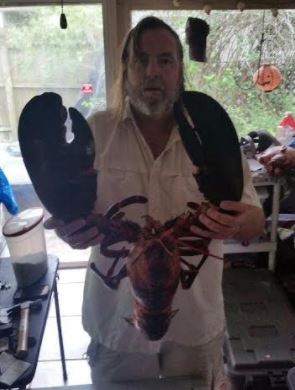