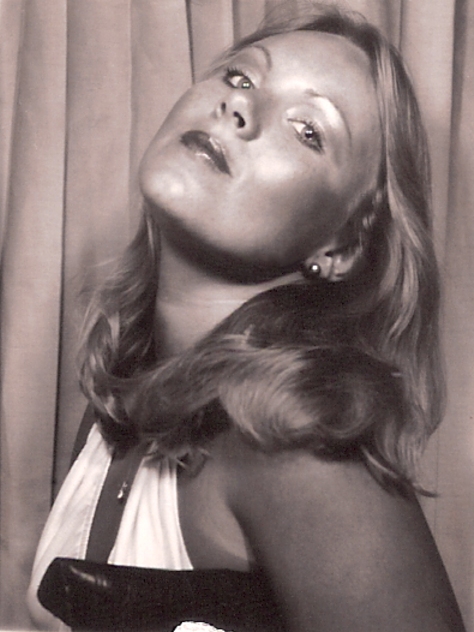 And the man with the badge blinds me with his flashlight

“Why are your eyes so dilated?” he asks

And I say, “Because I just had a strong cup of coffee.”

Then he checks my pulse and wants to know why

my pulse rate is so high

“Because you’re so cute, officer,” I reply

But then he says, “What is that on your nose?”

With his flashlight, making me hold my head back,

He looks up my nose

And I say, “It’s flour, from cooking all day.

I sneezed and the flour went up my nose.”

We have some more tests to go.”

“Okay,” he tells me, “I want you to stand with both feet together,

Tilt your head back as far as it will go

And touch the tip of your nose with both fingers—

For no longer than thirty seconds.”

I thought the real test was one of equilibrium

Yeah, that’s what I thought it was

Even if after five minutes I’m so proud of myself

Because I finally did it

And they’re looking at me all right

Because after five minutes of not falling over

And getting both fingers to touch the tip of my nose

The real test was supposed to be one of listening

And doing it no longer than thirty seconds, huh?”

“Uh-huh,” he says—and whips out a pair of silver bracelets

And, by the way, I sure like your nightstick.”

All the cops bust up laughing

And he says, “We got a comedian here.”

Put your hands behind your back.”

One thought on ““Now Will You Let Me Go?” by Kimberly Biggers”