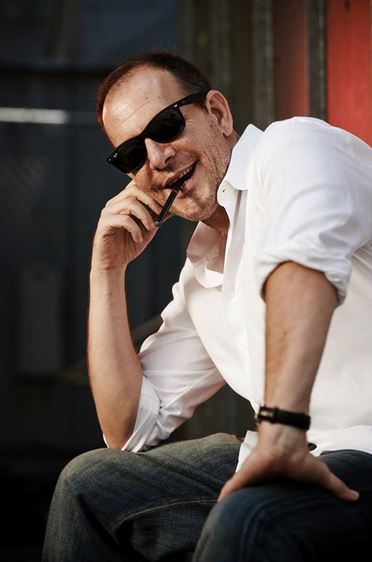 Tim Minear is best known for his work as an executive producer on American Horror Story, for which he was nominated for two Emmy Awards. He has also worked on such shows as Firefly, Angel, Lois and Clark, X-Files, and Wonderfalls among others.

As someone who grew up as one of those kids who made movies with their friends, do you still enjoy seeing your creations come to life as much as you did then? What does it feel like to see your ideas come to life on screen?

When it comes close to what’s in your head, it’s amazing. Though in the last couple of years my best friend and I had all our super 8 movies preserved digitally. Going through that stuff was the most thrilling thing. Our childhoods from about 8 years old to mid twenties was all right there. It’s like having a time machine.

You also frequented Science Fiction conventions from the age of 12. How does it feel to participate in them now? How have they changed the most over the years?

Well, they’ve become big business. And I say to that — yay! The sheer weight of Comic Con is mind blowing. But I sort of love that. I won an audience award at Comic Con for one of my super 8 films when I was 16. I think the entire con fit into one screening room and one dealers room with actual comics being the main enterprise. As far as being on panels and such — so much fun. But more fun once the panel is done and I get to walk the con and be a fanboy geeking out.

How would you say you have changed most since then?

Now I can afford to buy shit. When I’m at a con, I feel almost exactly the same.

When I first asked you what you considered to be the defining moment in your career you said you’d let me know when you get there? Do you think you have gotten there yet?

I will keep you posted. Though if I were to be honest, I’d say to this point, the defining moment was when I told Joss I wanted to direct and he said yes. But that if I failed I couldn’t get mad and quit writing the show. That was the most wonderful way of him taking every bit of pressure off of me — he was giving me permission to screw it all up, but in such a way that almost guaranteed that I wouldn’t. Screw it up, I mean.

Remember that other people are people and treating them accordingly. Also, to strive to do the things you don’t want to do. Happiness and fun are not the same thing.

How does it feel to be making a living doing what you love? What do you hope your viewers take away from various works?

I’m grateful. I hope that with what we do we can invite viewers into a world and allow them to feel some ownership in it.

As someone who likes to read a lot, what do you think it takes to make a story a great one? Who are some of your authors?

Great characters, simply. Shakespeare is everything. But when I was a kid, Michael Moorecock, Harlin Ellison, Ray Bradbury, Twain, Fitzgerald.

What do you think of the success American Horror Story has enjoyed? What can fans look forward to in the next season?

I’m happy to once again be associated with something unusual. And I’m really proud that AHS has really been on the cutting edge of making the limited series something viable.

Do you have a dream project you’d most like to bring into existence?

Working on it now. Fingers crossed.

One thought on “An Interview with Tim Minear”