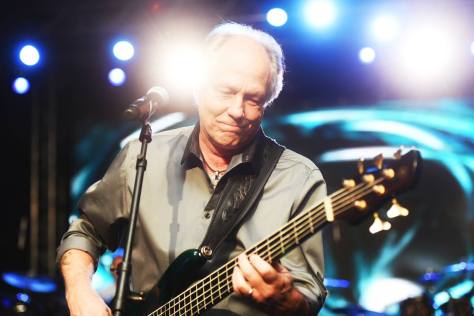 Wayne Nelson is best known from his work as the lead singer/bassist for Little River Band. Founded in Australia in 1975, the band has sold over 30 million albums worldwide, and are the first band to achieve the record of having Top 10 hits for 6 consecutive years.

When did you first discover your love of music?

My earliest memories are infused with music. My parents constantly had music in playing in our home…Chopin, Beethoven, Tchaikovsky, Mozart, et al from my mom, and marching music from my dad who was a drum major in college. And both loved Broadway music and plays. They also both sang in the church choir, and were active in local theater groups. So I went with them to rehearsals and services. Rhythm, harmony, and composition were in the air on a regular basis.

Who were some of you earliest influences?

Once I was able to choose new music that I wanted to hear, I loved the Four Seasons, The Beach Boys, The Turtles, and Dion…lots of vocal harmonies and great songs. Next came Motown, The Beatles, The Stones, and Cream. Then horn bands like Chicago, BS&T, EWF, and Chase. From there I started listening to jazz and more esoteric music like Yes, Weather Report, Miles Davis, Jaco Pastorius, Pat Metheny, Spyro Gyra, and Michael Walden.

Chicago was a great town for seeing bands and soaking up live music. Although there was a lot of blues on Lincoln Ave at the time, it hadn’t become as commercialized and popular as it is now. I spent more time seeing CTA and Styx and Cheap Trick at clubs and college venues. What was very hard for any young band in Chicago was to play R&B, which is what all of my friends and fellow musicians were into…Stevie, Motown, EWF, etc. And it was never an easy town to work in…6 sets a night, loading in and out with wind chills of -10, ice on the pavement and at the doorways. Chicago was boot camp for me.

Where do you think you would be today if you hadn’t have become a musician?

In college I became fascinated with Audiology…how our ears work, how important to us they are, how they get damaged, and how to help people overcome that damage. I was studying for my Masters, but had to give up playing music to concentrate on the course load. It became obvious real quickly where my heart was…so I chose the music. Had I not, I’d be an audiologist.

Surprised? I am not sure about that. From a musical perspective, people might be surprised that I never wanted to be a lead singer…or really sing very much at all. I’m a bass player at heart, and have loved the few opportunities in my career where I could just stand next to the drummer and play without having to think about singing. But they’ve been few and far between. Otherwise, I’m a pretty quiet homebody when the band isn’t touring.

How do you think the music industry has changed most since you first started your career?

Without a doubt technology has turned the industry inside out. Recording can now be done virtually anywhere, with files shared over the internet and overdubbed by others to create music. Live performances can be streamed for free or for a fee. Individual songs or whole CDs can be downloaded. Bands can exist and market themselves on a virtual basis…if you don’t want to tour, you can have a virtual following and stay home. It’s changed how bands interact with record labels and the public. Gone are the days when you HAD to get in a van, sleep on the gear, play endless gigs and hope that a label or agent saw you and got you a recording contract, and booked you into a studio with a producer that you never met. In many ways it frees up the whole process…but for old school musicians, the change in structure to the music business can seem very random and frightening.

What advice would you offer the musician of today in regards to cultivating a lasting career?

Play what you believe, write your own music, and practice your craft so that when an opportunity comes your way you’re ready to step in and make a contribution. The more times that happens, the wider your perspective becomes and the more valuable you become to your peers…and to yourself as a solo artist.

How did you come to be a member of Little River Band?

I was in Jim Messina’s band, and we opened for LRB for two weeks straight in 1979 while they were recording a live CD called Backstage Pass. Having the same opening band for the whole West Coast helped every day to run smoothly for the recording process. We were playing some interesting latin rhythms in Jimmy’s new music, and singing over the top of those. LRB’s bass player had left the band earlier that year, and they were touring with a substitute. So they saw an opportunity to add a singing bass player to the band and augment the live vocals. In April of 1980 I went to Australia for rehearsals and a subsequent world tour. 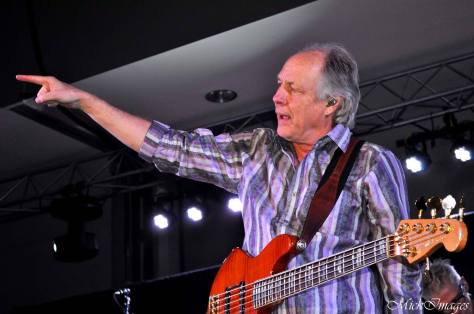 What have you loved most about the experience so far?

The opportunity to sing in such a great vocal band was and is a constant thrill. And we’ve travelled the world and worked with some of the greatest bands in rock and roll. Meeting fans and hearing their personal stories about what the band’s music has meant to them over the years is always wonderful, and continues to be humbling.

There are so many…but one that never leaves my memory is the experience of performing behind what was then the Iron Curtain. One of the venues in East Germany was an amphitheater actually built for Hitler to make speeches…the original podium was still there. After having seen so many different countries, I was struck by how different the earth looked when we crossed into the Eastern block. The land truly looked depressed and sad. And when we left the venue that night, there were on lights on in the nearby city. Total darkness…no candles or lights to read by…no street lights…no porch lights. It was very sobering.

Do you still enjoy touring as much as ever? How has your touring style evolved over the years?

I do still enjoy the show as much as ever. Every night is another crowd of people that connect the music to their memories and we have a ball with them. However, the travel will always be a nuisance. Airports and vans are not our favorite ways to get around, but sometimes we’re stuck with them. Busing is still our preferred mode of travel because we’re able to determine our own schedule and rest between cities. A lot of bands ask us “why are you still on a bus”? Our answer is “why are you still waiting at an airport”?

What does it take to put in a truly good show?

I think the primary component to a good show is to remember who we’re there to please…the audience. So the show needs to be engaging and interesting to them, while still challenging and fun for us. There’s nothing more boring than watching a band go through the motions when you know they’re not really enjoying themselves…or if they’re too self-absorbed to relate to the crowd. The last element is being able to physically do the job and present a quality performance. So we have to take care of our health and our voices and show up ready to play and sing with energy and quality.

What do you think it is that separates the wannabe musicians from the professional ones?

Being a professional means you get paid for what you do. In this business that takes a lot of determination and confidence…there’s always someone ready to reject you or your music. A certain level of talent and competence can’t hurt, but even people with mediocre skills can put together a song or a presentation that strikes a chord with their audience. And people with great skills might never leave the basement because they don’t want to devote the time to the chores of being a musician. The drive to keep going plus a bit of luck are key elements.

Do you have a dream project you’d most like to accomplish?

A solo CD is something I’d like to create. I enjoy the process of writing and recording, but get very little time to do either while LRB is touring and traveling as much as we do. Some artists can constantly lock themselves away and use spare time for studio work. I’m not one of those, so the solo CD will be something I focus on when there’s less time spent touring.

I’m the tour manager for the band, so my daily project is getting us to and from shows and making sure all the travel details are covered…hotel rooms, ground transport, buses, meals, etc. LRB is 40 years old this year, so there are a lot of extra requests for interviews and such that I also coordinate with our publicist. My guess is another new band CD is on the horizon for year 41.

Is there anything you’d like to say before you go?

Just that it’s an honor to be part of this band’s history…and that our show is a lot of fun!! I promise that you’ll hear songs that you forgot were ours, that your scrapbook will get opened up, and we’ll have you singing before you leave!