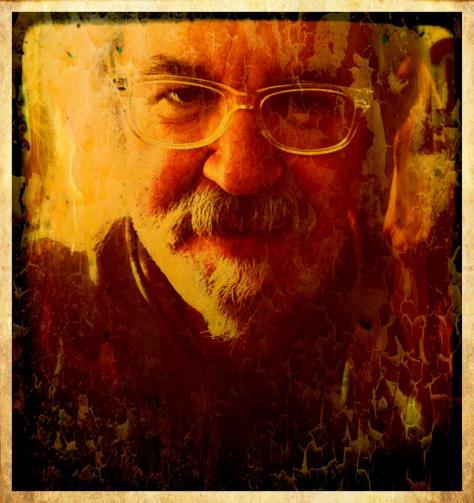 Daniel Knauf has worked as a comic book writer, screenwriter, director, and producer. Along with his son Charles, Daniel has written several issues of Iron Man for Marvel and volume #2 of The Eternals. Daniel has also written episodes of Phantom, Supernatural, Spartacus: Blood and Sand, and the NBC series Dracula. He is also responsible for the iconic HBO series Carnivale.

What were you like as a child? What are some of your fondest memories from that time?

I was a very quiet child who delighted in illusion, whether shadows on walls or replicating monster movie makeup techniques. I was a geek. My fondest memories were going deep-sea fishing with my Dad. I still do that whenever I can (too seldom).

What was your father like as an individual? Do you think he taught you to have a deep respect for the differences of others?

My Dad was a very typical example of the post-war suburban version. Not terribly demonstrative, loving or even “present” compared to Dads today. He was, however, very funny, charismatic and masculine. Cool, even. A helluva salesman! The big difference was that my dad was disabled and confined to a wheelchair. Though he demonstrated tremendous courage and grace, simply bulldozing his way through any hurtles society threw up, his unwillingness to emotionally accept his disability took a major toll on the family. I have two older brothers and a younger sister, and each of us is a little fucked up in our own way. But we adore one another. I think my father’s legacy for all of us was that you are who you are–good or bad–no matter what shape the package is in. 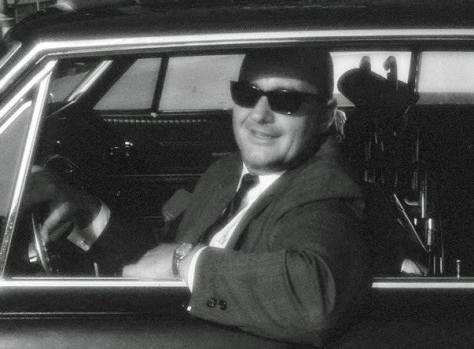 Is it true you have always had a love of carnivals and so-called freaks?What you find most endearing about those things in particular?

I’ve always loved carnivals–the seedier the better. These days, I see the whole world as a carnival. Hucksters make the world go around, and as a mass-media artist, I work the bally just like everyone else. In fact, I relish it. Everyone is a freak. Everyone feels like they’re on the outside looking in. Everyone harbors hidden desires and passions. Everyone has a story worth listening to. The older I get, the more I love people. I am fascinated and curious about others. Women, especially. They’re inner landscape is much more complex and nuanced than a man’s–like another planet! All that said, I believe in good and evil, and that some people default to one or the other. Though assholes are a dime-a-dozen, really evil people are fairly rare. I’ve met a few. They’re not nearly as interesting as the rest of us because they’re invariably narcissistic. Narcissists bore me. They’re empty and repetitive, like two mirrors facing one another.

How did it feel to finally see Carnivale come to life on HBO so many years after you first created it?

It was really astonishing. Of all the scripts I’d written, it was the one I loved the most and thought least likely to ever see air. Add to that the amazing luck to have it picked up by HBO at the peak of their creative game and granted the authority to shepherd my vision into reality. The ridiculous thing about it was that I was too inexperienced at the time to fully comprehend how insanely lucky I was. I though it was “business as usual.” I have since learned that it was everything but. 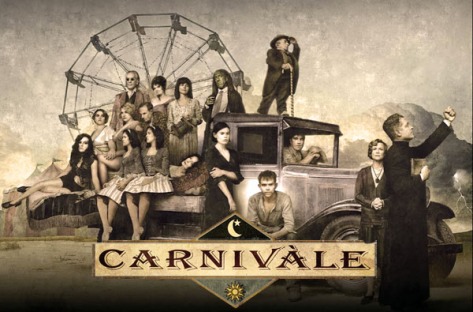 What did you love most about making that show and working with its cast?

My favorite days were when we would publish fresh white pages and the cast and crew would be given the first shooting script for the next episode. On most shows, you see them dispassionately marking them up with highlighters, paying attention only to the sections that relate to their departments. On Carnivále, they would be engrossed–I mean really READING the fuckers! They weren’t just examining them as job-related documents, but totally engrossed in what happens next. There was always a feeling on that set–from the Executives down to the P.A.s–that we were making something very special, something we’d be proud of for the rest of our lives. Everybody brought their A+ game to Carnivále.

What does it feel like to be able to support yourself by doing what you love? Is there a certain freedom in that?

For me, getting paid to write is like getting paid to breathe. The fact that we give ourselves awards on top of that strikes me as absurd and insufferably ungracious. It’s like going to In-n-Out burger, enjoying the shit out of a Double-Double, then being granted a big golden hamburger trophy for how well you ate it to great pomp and circumstance. Crazy. But that’s show biz…

What was it like to work alongside Charles? Does it feel more rewarding to work with family?

After Carnivale, Marvel approached me to do a graphic novel version. HBO wouldn’t release the rights. They then asked if I wanted to take a shot at one of their characters. I asked if Iron Man was available and it turned out he was. Garth Ennis had just rebooted the character, and they needed someone to take over after his arc. I didn’t know enough about the superhero genre to make anything but a well-written mess of it, so I insisted I work with Charlie, who had an encyclopedic knowledge of all things comics. It was nice. We’d break the story together. Charlie would write the first draft, then we worked side by side on the revised draft. I taught him scene-work, he taught me how to write for stills in two dimensions. Plus we grew closer than we’d ever been and he, of all my kids, has a better understanding of just what Dad does and how bloody hard it is.

Do you enjoying writing for the screen or for comics more, or do you love both equally?

Screen, absolutely. Writing comic has its up-sides, but for sheer impact and getting your work in front of people, film and television generates eyeballs in the order of 10,000X even a successful comic. Plus, comics are like haikus—very unforgiving forms. They’re shorter, so they’re easier to write, but they are extraordinarily difficult to write well. I am absolutely astonished by the work of masters like Garth and Allan Moore. 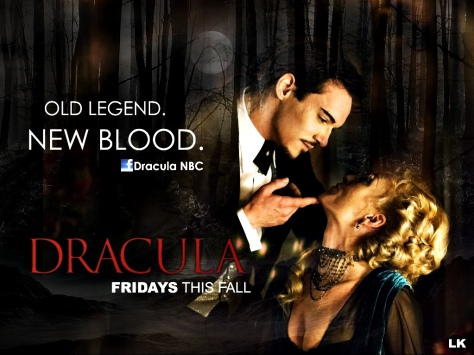 Can you tell us anything about the series Dracula? What can viewers expect from this series?

Cole Haddon created an entirely new scenario featuring the characters we’re all familiar with from Stoker’s novel. It’s sort of like fan-fiction, only with a massive budget and a first rate cast. Lots of chills and blood and sex. A genuine romp. I think people will have a good time watching it.

What other projects are you working on at the moment?

As they say, if I told you, I’d have to kill you. Suffice it to say, two are genre based and one is historical. Plus there is my transmedia project, BXX: MARS, in the background featuring a non-linear format I invented. We shoot a 72 hour drama in real time, covering it with dozens of HD cameras. Very challenging.