Mark Lewis has had a varied career path before becoming the artist he is today. From joining the Navy to his work as an actor with appearances on the show ER and in the film Anger Management to his current works of art Lewis was always drawn towards the creative.

His vivid portraits of some of the world’s most beloved icons from the 1920’s to today are collected by patrons worldwide. Most recently he donated prints to auction off to aid the charity Visiting Angels which provided home health care of seniors out of Glendora, CA and surrounding areas. He is also involved with such charitable organizations as the Susan G. Koman Foundation, John Ritter Foundation, Habitat for Humanity, Methodist Hospital Foundation, Glendora Historical Society, and the Covina Historical Society.

For more information or to purchase items please see: https://marklewisart.com

What was it like growing up in Ohio when you did? What are some of your most fond memories of that time in your life?

I was born in Akron and am an ancestor to Cy Young, the baseball hall of fame pitcher for which the Cy Young award was created. My family moved to Charter Oak, CA when I was 4 years old. My fondest memory of Ohio was my grandfather flying my kite into a tree.

The lesson I learned was that adults are not necessarily always right.

Do you think your mother also being artistic left a lasting impression on you to embrace the art of creation in all its forms early on? What would you say is the most important thing she taught you?

My mother’s talent was passed on to me as a gift that I did not utilize until 2007 at the age of 49. The most important lesson she taught was to excel at anything I decided to do. I recall her saying “don’t half ass it.”

Mark at a function for Habitat for Humanity.

What was it about Andy Warhol’s work that attracted you the most when you were discovering your own love of art?

Actually it was not Warhol that had the greatest influence. It was James Francis Gill. Gill was a contemporary of Andy’s. I worked with Jim for 2 years. He was one of the 20 pop artists for the 1969 Sao Paulo exhibition. Jim’s work and my work share many similarities. Did I say I love art? I think it is safe to say that it is a love hate relationship on many levels. 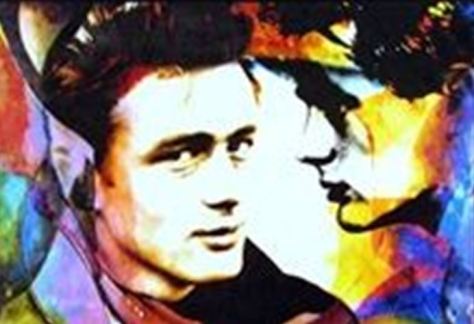 Did you work as an artist much before your time in the Navy? How have the things you learned during your service there benefited you most throughout your life so far?

I have had many endeavors. I had not picked up a paint brush until I was 49. The lessons garnered from the military are many and significant. I was a mature “17” when I enlisted.

Due to my personality and abilities I was offered to become a Navy Seal. After hearing what was required if I accepted, I declined the offer. Loyalty, honor, dignity, respect (of myself and others) and determination where a few of the traits I took from my four years military service.

What led you to pursue acting? Why did you decide to give up on that? Do you think knowing when to give up on things is necessary as one goes through life and moves on to other things?

I was a Computer Training Vocational School owner from 1987 to 2000. We had 3 campuses in Southern California. Upon closure of the campuses I didn’t want a “regular job.” The following day after making that decision I was on a film shoot for Bubble Boy starring Jake Gyllenhaal.

Sometime after that, my regular job became the “stand in” for Dr. Romano (Paul McCrane) on ER. After four years as a SAG extra on numerous films and television shows I was finished and ready for the next chapter in my life. My SAG card is in permanent hiatus status.

What was it that led you to create portraits?

I spent my first 2 years painting landscapes. People’s faces draw you into a painting. It was that fact that drew me into painting portraits.

What do you find to be the most striking feature man possesses?

People’s finest quality, in my opinion, is their eyes. Someone said it is the window to the soul. I’m a believer.

How do you decide a subject should be put down on canvas? What inspires you to preserve them in such a fashion?

When I see it, I know it. It’s in my mind’s eye. I flip through tens of thousands of photos and bingo, one catches my mind’s eye.

What do you enjoy most about creating with own two hands?

The final product. It is always a struggle for me until it’s done. It’s the same when I am fixing something that is broken.

What advice would you offer aspiring artists of tomorrow?

Having a good inner ear and listening to your gut reaction, is essential. Knowing when to listen and when “not” to listen is important. You need to make your own way on this and all journeys.

Yes, I have advice. But it is “my advice”. As we can assume, my advice works for me. Some of my advice may work for you. Knowing when it is not the right advice for you is most important.

Can you tell us a little more about what they do over at Visiting Angels?

They are hospice care for people with a terminal illness. I am grateful for the services they provided to those in need.

I am involved in many charity events to raise money for many causes including Visiting Angels. Each is no more important than the other. Being charitable is the right thing to do no matter who you do it for.

Charity even for the Susan G. Komen Foundation.

Do you feel the elderly deserve to be treated with more dignity and respect than is usually seen in today’s modern world?

In some countries the elderly are revered. In others they are not. I think your fellow human should be treated with dignity and respect. Children, teens, adults and seniors deserve nothing less.

What are your own personal feelings on life and death and what may come after?

Life is a gift. Death will come. Live while you can.

Are you happy at no expense to others? That is the key. 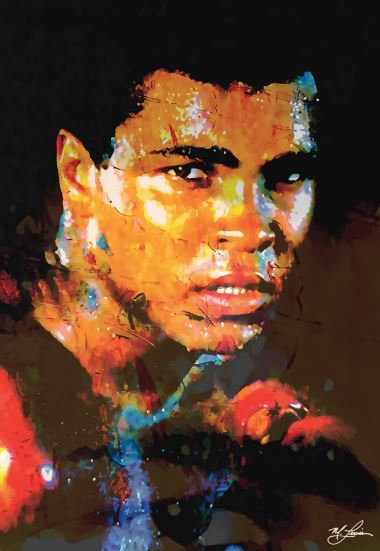 Do you have a dream project you’d most like to bring into being? What are you working on at the moment?

I would find a “dream project” to be limiting. Each project is a dream to me.

John Lennon said it best. All you need is love.