Steve Rowland has worked as an actor, singer, columnist, and record producer. As an actor he appeared on such television shows The Rifleman, Bonanza, and The Life and Legend of Wyatt Earp as well as countless others, and graced the silver screen in the films Crime in the Streets, Battle of the Bulge, Gun Glory, and The Thin Red Line. He was the lead singer of the band The Family Dogg. Steve also appeared in the academy Award Winning documentary Searching for Sugar Man,  dealing with the disappearance and re-a merging of the artist known as Rodriguez, due to being producer on his second album, Coming From Reality, the music from which made up half of the film’s sound track. Steve’s work as a producer led to his discovering the acts of Peter Frampton, The Herd, and The Thompson Twins. He has also worked with the best British studio musicians of the time like Jimmy Page, John Bonham, John Paul Jones, and pianist Reggie Dwight (later to be known as Elton John). He received a gold record and ASCAP award for producing Jerry Lee Lewis (The London Sessions). Steve went on to write the book Hollywood Heat: The Untold Stories of 1950’s Hollywood, which contains memories of James Dean, Elvis Presley, Tony Curtis, Natalie Wood, and Marilyn Monroe. He was also in attendance on Memorial Day, May 30, 1955 when James Dean raced his last race at the Santa Barbara Road Races.

I explained in my book Hollywood Heat, Untold Stories of 1950’s Hollywood, that growing up in Hollywood had its benefits but I was like any other young kid. I created havoc in grammar school. I fit right in with all the other screaming brats running up and down the halls. All of us were spoiled.

What are some of your most fond memories of those times?

In the 1940’s and 50’s in Hollywood, to my knowledge, were very naive times. You could leave your doors unlocked and my mother used to say, “Steve go out and play and don’t come back until dinnertime.” You can’t do that today. My fondest memory of those times would be our family meals at the end of the day when we all discussed the things that were on our minds and the events of the day. Those were lovely warm times.

Your father was Roy Rowland the film director your mother Ruth was a writer. Do you think coming from such a creative upbringing has helped shape you into the man you are today?

Obviously coming from a creative family does have an influence. I can say with my hand on my heart that my parents were not particularly enamored with my wanting to be a singer and an actor. However I went ahead and created a buzz with my singing and subsequently my mother and father supported my ambitions. 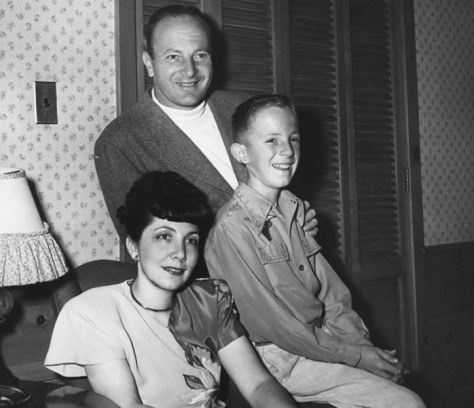 What would you say is the most important thing you learned from them?

To always follow my dream and do the right thing.

Your first film appearance was in Boy’s Ranch at age 11. What was it like singing Darling Clementine in that campfire scene? Were you nervous at the time?

To be honest, I had been singing various little songs around the house before I asked my father if I could audition for that scene. Therefore it was more like me showing off than it was being nervous. Obviously the song was recorded on a soundstage and then I lip synced to it when the scene was filmed.

What do you love most about the art of acting?

Being able to completely submerge yourself into the character you are playing. Method acting of the era helped me a great deal. 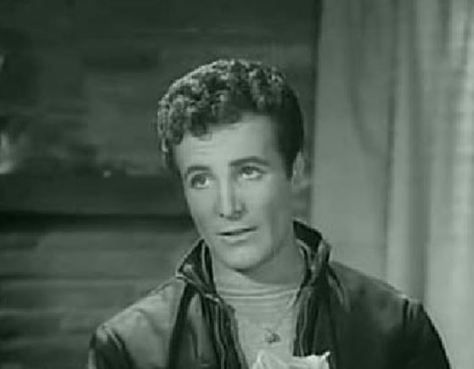 Who do you consider to be some of the best actors of all time and why?

Marlon Brando, Montgomery Clift, James Dean, Lawrence Olivier. And oh yeah, don’t leave out Steve McQueen. All of these people had the ability to make you see yourself and to believe that they were reacting to reality. The art of acting on film is listening and reacting.

What was it like to see Jimmy race at the Santa  Barbara Road Races that Memorial Day way back when? Can you tell us all you remember about that day?

Jimmy had the ability to be a great racing driver. He was natural. Watching him come off the line from starting at 18th on the grid to 4th place by the end of the first lap was amazing. The fact that the engine blew up was, as far as Jimmy was concerned, a major catastrophe. He was inconsolable the rest of the day.

What was it like to hear him speaking of racing and things he loved?

Jimmy spoke mostly of racing, whether it is a motorcycle or sports car, his mind was focused. I hardly ever heard him discuss his acting craft.

Jimmy was one of the guys – a little aloof. His ability to connect onscreen with the emotions, fears, and desires of teenagers from all over the world was what made the icon that he is today.

Do you think he would have gotten a kick out his icon status today?

I don’t know whether he would have gotten a kick out of it, but he certainly would have proved that his attitude and his ability to portray the characters he portrayed have lasted through the century.

What about him stood out most in your mind in the short time you knew him?

Jimmy was a very direct person. He insisted on doing things his way which created problems at times on the film set. However, his talent proved out.

How do you think Hollywood has changed most since its heyday? Do you think it will ever again be as it was?

Everything in life moves on, including Hollywood. Actors in the heyday were groomed to be stars mostly based on their looks. The acting style of that era was to “ACT”, they had to look and appear invincible. The men were handsome six foot two hunks and the women were gorgeous glamorous sirens. For instance, Rita Hayworth, Lana Turner, Ava Gardner – and Clark Gable, Tyrone Power, Rock Hudson. They were all bigger than life, which is in complete contrast to today’s stars like Clint Eastwood, Brad Pitt, Matt Damon, and Ben Affleck.

No, I don’t think it will ever go back to the way it was. Style has moved on.

In “Battle of the Bulge” as Eddy, with Henry Fonda and Telly Savalas.

Do you feel lucky to have had a chance to meet everyone you’ve known over the course of your career?

What was the best advice anyone ever gave you? Who was it?

Never give up your dream. Said many times over by both my father and my mother.

How have you changed most as a person since your early days?

I am no longer naive about people and their agendas.

By all means, maintain self-respect. That covers everything.

If you pick up a copy of Hollywood Heat, Untold Stories of 1950’s Hollywood, that question will be answered. On final parting I can only say this: If you’re not living on the edge, you’re taking up too much room. 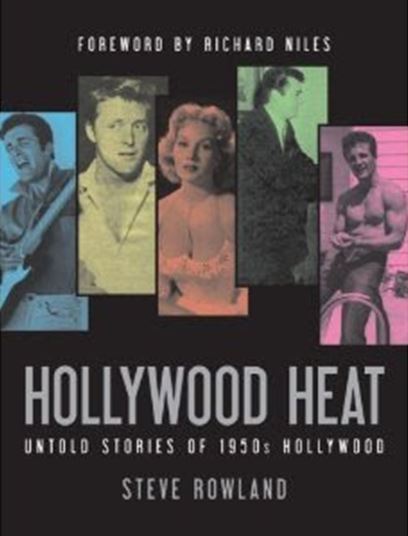 3 thoughts on “An Interview with Steve Rowland”