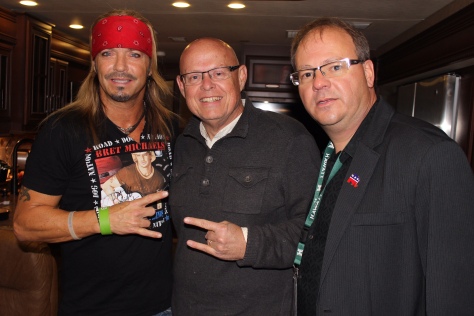 With Bret Michaels and Mike Hammond in Knoxville, TN, November 1, 2014

Lynn Herron is best known as an international concert promoter and from his work in radio. He learned the ropes of the music industry from his father Ledford Herron. He started working as a drum tech for some county music acts in 1988 and moved on to merchandise in 1990. While selling merchandise he expanded to booking shows as well. He recently created the show Who Rocks Sports; Where Music Meets Sports with Lynn Herron, on WNFZ 94.3, starting January 10, 2015, Saturdays 2-3 Eastern time out of Knoxville, TN. After 25 years in the business Lynn continues to help create first rate shows for artists and fans alike. In addition to expanding into radio and television, he is currently promoting Bret Michaels to sold out crowds, in addition to working with Rick Springfield and Rodney Atkins among others.

When did you first develop your love of music? Who were some of your earliest influences?

I’ve loved music forever. My father has toured with many artists so I grew up around music and concerts.

How did you first get your start in radio?

In radio, as a music promoter you have to have radio help your concerts. You’ve got to do interviews pumping up the shows and I decided to kinda dive in. I love talking about sports and today’s issues.

What do you love most about being a radio personality?

The show is new so I’m still working on that. But having music friends in all areas of music I thought it’s the perfect world to mix music and sports. 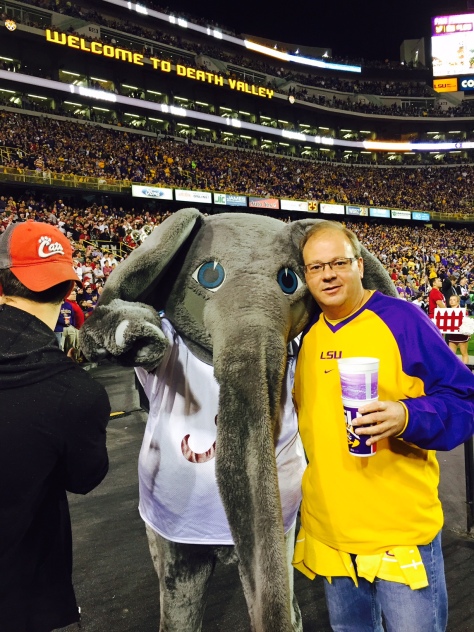 Why do you think rock music and sports mix so well?

It mixes well because music and sports just walk hand in hand. We will be featuring country music too.

How did Who Rocks Sports come about? Can you tell our readers what to expect from the show?

The show title came from help from the flagship station in Knoxville,TN. The listening audience can expect up to the minute scores and a mixture of comedy and music.

You also have worked as a concert promoter. What is the most challenging thing about that? What does it take to put on a truly great show? Do you think the public underestimates how much hard work it takes to keep the masses entertained?

Wow! We could talk a lot about being a concert promoter. The fans have no idea all the work that goes into it. From the venue, catering to feed the band and crews, Advertising, hotels, the buses, trucks, and planes, it is a lot of hard work making the music happen. 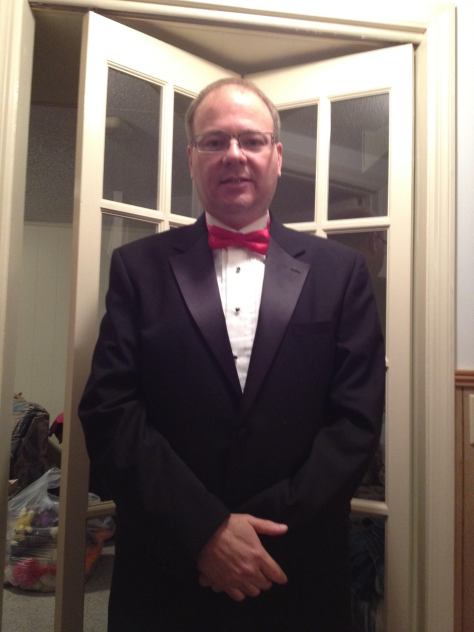 Any moments from over the course of your career that stand out most in your mind?

There are a couple. One was several years ago at Sony Signatures, a merchandising and licensing company being tapped to run the Nashville operations for that division. A couple others we getting the coin to the city in Yakima, Washington and as of late Bret Michaels and I got the boot to the city in Ft. Smith.

What advice would you offer others wishing to pursue a career in the music industry of today?

Advice. You gotta believe you can win to win!

What do you see yourself doing when you finally decide to retire, or is this something you plan on doing until you die?

I wouldn’t mind being a football recruiter for a major college.

Starting December 6 you can catch Lynn Saturdays from 2-3 Eastern on Who Rocks Sports; Where Music Meets Sports with Lynn Herron, at WFNZ 94.3 Knoxtalkradio.