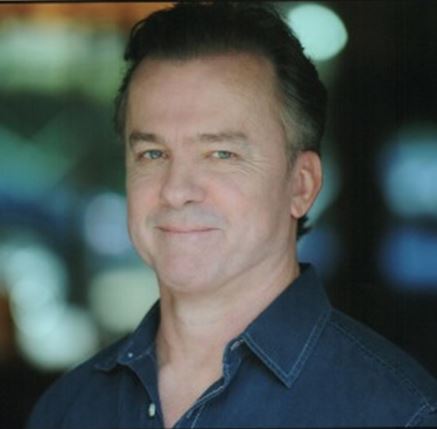 Michael O’Keefe is likely best known for his roles on Caddyshack (Danny Noonan) and Roseanne (Fred). As an actor he was also Oscar nominated for Best Supporting Actor in The Great Santini, and appeared opposite George Clooney in Michael Clayton. A man of many talents he has also appeared on Broadway and in countless television shows such as M*A*S*H, The Waltons, The West Wing, Criminal Minds, and Law & Order to name a few. He was recently signed on to join the cast of Showtime’s Homeland. O’Keefe holds a MFA in Creative Writing from Bennington College. His latest offering, Swimming From Under My Father is available now and he is currently working on a series of sonnets, which offer up his thoughts on life in general for his son.

What were you like as a child? What are your most fond memories from that time?

Frankly, I don’t think I was terribly happy. I fluctuated from being a friend to kids that had been ostracized to torturing less socially adept kids in school. I was very competitive with my brothers and was a bit of a pain in ass to them and the rest of my family until I was about twenty-years old. I woke up one day and thought, Hey, this is your family. Make an effort.

Did your father being a teacher and law professor have an impact on you in regards to the importance of education?

My father loved being a teacher and excelled at it. His love of learning was authentic, and he was a voracious reader. I remember trying to impress him with my reading when I was quite young and he said, “It’s not how fast you read it’s how much you retain.” I always remembered that.

What would you say is the most important thing you learned from both of your parents? What were/are they like as people?

My father’s authenticity was his primary characteristic, shaded by a kind of rough and tumble brutality, and wicked sense of humor. My mother was, and still is, refined, restrained, and quite proper. I would say I took from them equally in that regard.

Do you think having a good sense of family is important in today’s hectic world?

My love for my son and wife continually grows exponentially. It’s the urge I have to model something, a way of living, or being, for my son, that motivates me in both my writing and spiritual practice.

What led you to write Swimming From Under My Father?

Oh, I found my way to the Bennington Creative Writing Seminars through my friend, poet Terence Winch. He’s been a mentor to me in many ways besides writing. I knew if I was going to articulate my feelings about my father I would need help doing it.

How does it feel to be writing sonnets for your son? Do you hope he will he take a little of your wisdom gathered from living and use it in his own life?

Terry told me kids don’t want advice, except on the way to the market in a traffic jam that demands conversation. Perhaps that’s true. But adults crave advice, I think. And I always ran things by my father for his take on things. By the time my son is 21 I’ll be 86, if I live that long, so I wanted to get a few things on paper he might glance at on occasion.

What is the best advice anyone ever gave you and who was it?

“Be yourself.” Given to me by Roshi Bernie Glassman, my first Zen Teacher.

What do you love most about the act of writing?

Articulating things hidden in their everyday disguise and gleaning their miraculous nature.

Were you a writer while you were an actor, or did you put one aside? Do you love one more than the other or do you enjoy both equally? In what ways do you think the two are similar?

They both come from the same place, but they are much different ways of expression. Acting is essentially and interpretive art form. Writing is creating from a tabla rasa.

I love both equally and aside from the fact that I am expressing myself doing each I don’t think they are that similar. With the possible exception that the best of both arises when I forget myself in whatever I am doing.

Do you have any interesting stories from the set from any of your acting roles? Have you ever had a favorite role?

Hmm. No. Making movies is demanding, tedious, and painstaking. And I don’t have a favorite role because I don’t think I’ve performed it yet.

Are you looking forward to working on Homeland?

I couldn’t be more thrilled to be a part of season four of Homeland.

The difference between stage and film, which is more or less the same as TV, is that the camera does for you what your body must do for you onstage.

What was it like to work alongside Robert Duvall and Jack Nicholson?

Oh, you know. They’re both very different. Duvall loves actors, rides directors a bit, elicits very deep reactions, and was at his peak when we worked together. I played Nicholson’s son in Ironweed and the father of a murdered girl. Nicholson was the homicide detective in The Pledge. He loves working, actors, had a symbiotic relationship with Sean Penn, the director, and was someone I’d idolized when I was young. So, both different, both amazing, and both memorable for their capacity to connect and support their fellow actors.

Are there any little known things about you that the world might be surprised to learn?

What do you think is the key to living life to the fullest?

Not knowing what comes next. In Zen we say “Not Knowing is most intimate.”

What would you say is the most important thing you have learned from life so far?

Aside from the sonnets what projects are you working on at the moment?

I have an idea for a novel about a little girl waiting for her father to come home from a war.

3 thoughts on “An Interview with Michael O’Keefe”