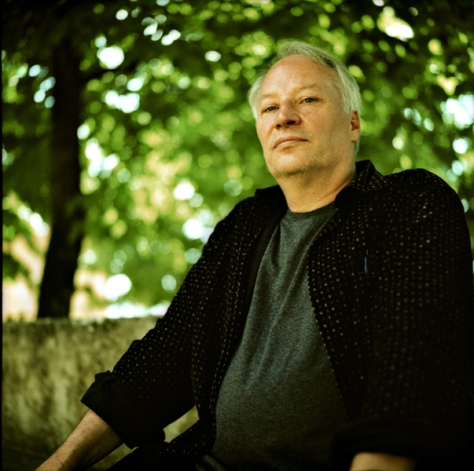 It has been a busy year for Joe Lansdale. His book The Bottoms is set to make it to the big screen via actor/director Bill Paxton and Frailty screenwriter Brent Hanley. Also coming to the screen is Cold In July as adapted by Jim Mickle, featuring Sam Shepard, Don Johnson, and Michael C. Hall. In May DC Animated Original Movies is releasing The Son of Batman as well, the script of which was penned by Joe. Coming in September 2014, Subterranean Press will also be releasing the deluxe hardcover edition of Black Hat Jack, which focuses on the role of African-Americans in the Wild West.

What does it feel like seeing so many of your projects making it to the big screen? Is it sometimes a little strange to see how other creative types adapt your work to fit film?

It’s satisfying in one way and nerve wracking in another. You know your work can never be adapted as closely as you like, but you fear them moving away from it too much. I am very happy with Cold in July, and look forward to The Bottoms. I like the script by Brent Hanley and trust Bill Paxton as a director. I like both of them, so I’m very hopeful.

Are you excited that Bill Paxton and Brent Hanley who worked on Frailty are going to be adapting The Bottoms? Did you like that particular movie(Frailty)?

I loved Frailty. I am excited they’re working on it, and as I said before, I think it’s going to be really good. I truly believe that.

Cold in July is also getting a lot of early praise. Were you surprised by that?

No. I was kept in the loop and read several versions of the script. There were aspects of earlier scripts I preferred, but this is what they thought they could make work on the screen, and it did. I also liked some things they had to cut, but at some point you have to make decision based on length of the film. That’s just how it works. But, yeah. I liked it a lot.

Is there one project in the works at the moment that you are most looking forward to seeing finished and out to the public?

There are several, but I can’t really talk about them at this point. We’ll see how it works out, but I will say there are a couple that are very exciting.

How do you like working for DC? I know you’ve been a fan of comics for most of your life and have worked on various projects in the past. Did you ever think you’d be doing that when you were a child lost in the comics yourself?

I always hoped to work in comics, especially for DC, and it came about through stories I had written. I was asked to write a couple Batman novellas for anthologies, and then I was asked to write a Batman novel. I did all these things, and that led to DC calling and asking if I wanted to write for the TV series. A friend of mine, Bob Wayne, worked in marketing, and he had a lot to do with introducing my work to them. This is the same way it happened in comics. They liked my stuff, they asked me to write for them. Warner does the DC stuff, but they are a different division, in that when I wrote the animated stuff I was actually working directly for them. Recently I wrote Son of Batman for them. Alan Burnett was the story editor, and he also helped on a number of things that made it a better script. He’s fantastic to work with. On the TV series I worked with Michael Reeves, and he was really good. I enjoyed the experience on both.

You have often said Batman would have to be your favorite superhero. Why do you think he in particular appeals to you most?

He wasn’t bitten by a radioactive spider. He didn’t come from a world where he is given powers by a yellow sun. He wasn’t given a ring by a dying alien, and he didn’t have an odd chemical mixture splash on him and give him super speed. He made himself what he is; he’s a self-made man. That always appealed to me, and in my own way I tried to follow that example. I can’t be Batman, but I did become a martial artist and read extensively on a variety of subjects.

Do you ever feel like a kid again when you are working on bringing the characters you loved back then to life in a new light?

I do. And that is one of its great benefits. For relaxation I read a lot of comics, but these days mostly archives, though some new stuff as well. Mostly DC, but not exclusively.

What was the most challenging thing about adapting the storyline that was wrote by Grant Morrison and illustrated by Andy Kubert(Son of Batman)?

It has the same problems all adaptations to screen have. It’s a game of beat the clock. You have so many minutes and you often have material that lends itself to so much more. And sometimes you think, well, it’s animation you can do anything. But you can’t. There are still routes you can take that can be too expensive to put on the screen, even with animation. That’s what a good editor does for you, says stuff like: Uh, we can’t have an army of millions. It cost to draw all those things. And thirty-five tentacles is a tentacle too far. Etc.

Do you think it would be fair to say that this particular type of work helps keep you young at heart?

I think it does, yes.

How has your life in general changed last since we last spoke?

It’s the same. I’m writing. I’m hanging with my family all I can. I’m having fun. Maybe recognition level has grown, but I’m still the same ole me.

Liking yourself, but seeing your faults as well. Having peace with yourself and who you are. You have to please yourself before you can please others, but that’s not meant as a selfish comment. Just reality. If you don’t like yourself, you can’t like anyone else. And no one can fix you but you.

The world recently lost another great soul and writer with the passing of Neal Barrett. Do you find you miss him terribly? What do you miss about him most if you don’t mind my asking?

I love Neal dearly. He was family. Last few years I’ve been so busy and traveling we didn’t spend as much time together as in the past, but we kept in touch, and we were sure to tell each other what we meant to one another. I miss his humor, his laugh, and his talent. He will be missed by me until I’m gone.

Do you think the new generation of writers coming up will be able to keep the closeness of the horror genre writers in tack?

I don’t know that all the writers in the genre are that close. I think there are different groups that came up at the same time, attending the same conventions, went through the same trials with the same editors and magazines and book companies that are close. That’s how that happens.Frankly, I never really give that kind of thing much thought. It is what it is.

In Black Hat Jack you get to delve back into the West which I know you love. Did it feel good to be doing that again? What is it about that period in time that you enjoy so much?

I grew up on Western stories from my dad. He was a great storyteller, and I loved Western films, and later came to love Western novels, and historical fiction about the West. In Black Hat Jack I’ve mixed historical with mythology of the West to make it bigger than life, but about a real event. I like the fact that the West is our own mythology, and I was greatly impressed growing up by mythology, especially that of the Greeks. A lot of people who wrote about the West grew up on mythology, and when they wrote about the West it seeped into their stories. I grew up on myth and legend and history of the West, and it was my intent to blend them. Also, Black Hat Jack, and the forthcoming novel, Paradise Sky, are about the role of blacks in the West, a mostly overlooked subject. I’ve been wanting to write Paradise Sky, which I called The True Life Adventures of Deadwood Dick, for ages. I finally got it done, after over thirty years of thinking about wanting to do it. Not thinking about the plot, just the main character and the basic idea. I had so much fun with that one.

Why do you think the role of African-Americans as well as other races during that time has been so rudely ignored?

Racism. It restricted the knowledge of their achievements, though it was there in history to see if you looked, and when it was there to see, it was ignored. That’s the long and the short of it.

What can your readers expect from Black Hat Jack?

I know when you need a break from all the work you love to go to Italy. Why is that? What do you love most about it?

Well, it’s not always a break. My trips to Italy are often tied to book promotion, but I do love Italy. We have many friends there and my books do very well there.

Do you think it is important to remember to always take time to balance work and relaxation?

I do. I work on the average about three hours a day, and seldom more, though there are exceptions. I also like to do it in the mornings so I can move on with the rest of my day. If I write, the whole day goes well, then I have time for other things. This way I work and relax in the same day. Are there times when work is stressful, you bet, but I like the work I do, and when I take time off, I enjoy that time, be it a work day, or those rare times when I just take off for a few days or even longer now and then. Life is to be lived and loved, not stuffed with unnecessary exasperation. No one goes through life without stressful times, but learning to deal with that stress is important. It makes the work more fun.

Aside from travelling what do you when you get to feeling a little burnt out?

I practice martial arts, and when I’m feeling sort of burned down, I do more of it. I also read constantly. I find that relaxing. Comics are relaxing. I love movies, and I have a few TV shows I watch. I like to rent a season of a good TV show, and then take a day or two to watch it. That is often very helpful.

Other than the projects mentioned, what are you working on at the moment?