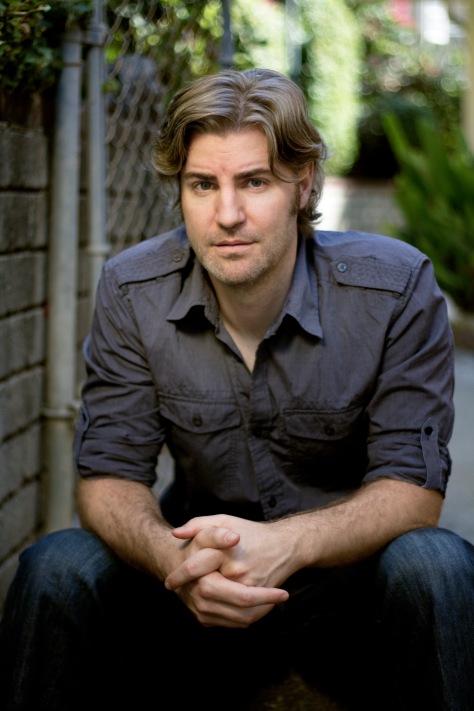 Cole Haddon is best known as the creator and co-executive producer of NBC’s hit series Dracula. The show which offers up the iconic Prince of Darkness in a new light gives fans a more sophisticated from of vampire. Haddon is also author of the graphic novels The Strange Case of Mr. Hyde and Space Gladiator.

Can you tell us a little about your earliest days? What were you like as a child?

I grew up in Michigan in a blue-collar community, nothing particularly special about it. I think I found it intellectually stifling, though, and that’s probably why I retreated into film, books, and comic books. STAR WARS, Indiana Jones, and monsters were all I thought about.

Do you happen to recall what your very first favorite story was?

My first favorite story would be Raiders of the Lost Ark, which is also, maybe not coincidentally, the first film I remember seeing. I was only five years old. My parents were either not very good at censoring what their children watched, or very perceptive about what I, in particular, needed.

As a fan of classic horror what do you think is it about the first films of the genre that make them so timeless in their appeal? Does the fact that seem somewhat human in their varied and flawed ways of suffering through this world have something to do with that?

I think classic horror, the stuff that sprung from the 19th Century and very early years of the 20th Century, continues to be popular today because the ideas and themes explored in so many of them are every bit as topical as they were when the books were first published. The human characters in them continue to resonate, too, because we’re still them. We’re still arrogant and self-destructive, still crippled by antiquated ideas of good and evil, and so much more. When human culture evolves more dramatically, when we transcend the ideas in these books, we’ll collectively start thinking of them as antiquated, charming relics of a past. But somehow I doubt that’s going to occur anytime soon.

Did you have a favorite movie monster growing?

Movie monster? Probably Frankenstein’s Monster, though King Kong is way up there.

What have you enjoyed most about putting a new spin on Dracula?

Dracula had been abused by pop culture for years. There are a few exceptions, but overwhelmingly he had become a punch line. This, by the way, is why I also tackled Mr. Hyde in my graphic novel The Strange Case of Mr. Hyde. I loved these characters as a kid, and I didn’t like where they had wound up in the public consciousness. And so, to answer your question, I most enjoyed trying to find a way to make Dracula feel vital again. Alive, which I get is an odd word to use in association with a vampire. I wanted to remind audiences that the Victorian monster still had some life left to him, in other words.

What did you find most challenging in bringing the story to network television?

In the novel, Dracula is a villain. He has a beginning and a very necessary end. More, there’s no reason to root for him. That does not make a very interesting television character, and so I had to find a way for audiences to get behind him. He needed a reason to exist other than to feed and ultimately be stopped by the familiar coterie of heroes. I and the other writers tried to give that to him in a new origin that tied the character more literally to Vlad Tepes, the Romanian prince who inspired the fictional Dracula. We gave him a backstory, a human backstory, one that humanized him in a way and provided, most importantly, a mission. A reason to follow him, so to say.

Was it nice to have the chance to offer viewers a more sophisticated form of vampire?

Hell yes. There are no mopey, sparkly vampires anywhere near our “Dracula”.

What is like to get work on this series with Daniel Knauf? He seems quite taken with your work on the show. Are you a fan of his work?

I’m not sure if many show runners would have allowed another creator’s vision to be so fully realized, but Dan was in my corner from the beginning. He had my back, and for that I’m eternally grateful. He’s got a wonderful sense of the macabre and ghoulish. He loves monsters and weird shit. In that regard, we’ve got a lot in common. And so in short, yes, I’m a fan of his work. Both on Carnivale—which was a wonderful series—and on Dracula.

What about Jonathan Rhys Meyers? You have said he carries an intensity that is hard to find? Can you elaborate on that? Would you say he is also intense as an individual? Do think that is an inborn trait or something one has to learn? Do you think intensity is a trait we should all carry?

Jonathan Rhys Meyers has an innate quality about him, an intensity, yes, that radiates out of his eyes. His whole body. He crackles with it. I’m not sure where it comes from and, quite honestly, I don’t know him enough to guess. But it’s part of him, yes, and without it his Dracula would be a limp character. We didn’t cast JRM for his angelic looks or abs. We cast him because he was one of the few actors we believed had the necessary qualities to play our take on Dracula.

Have you been surprised by how well the series has been received so far?

I think everything in the world of television is a surprise. There’s nothing one can predict with any accuracy. And so, yes, the show’s reception has been a surprise. I couldn’t be more grateful to the fans.

What do you love most about the act of writing? Why do you think words have always been such powerful things?

I wish I could give you an intelligent answer, but the truth is it’s just something I’ve always done. I was drawn to it, I think, or, rather, storytelling. Maybe I saw too many films and read to many books as a kid. Maybe it rewrote some pathways in my brain. The truth is, I don’t know what else I’d do if I wasn’t a storyteller. As for why words have always been such powerful things…I think that’s because they carry ideas and ideas, more than anything, are powerful.

Can you tell us a little about your graphic novels The Strange Case of Mr. Hyde and Space Gladiator? How do those differ most from your work for television?

The Strange Case of Mr. Hyde is set five years after the events of Robert Louis Stevenson’s novel, and sees a young Scotland Yard inspector team up with an imprisoned Hyde to identify and stop Jack the Ripper – whom they’re both convinced is using a version of Hyde’s serum to fuel his murderous rampage.

Space Gladiator is a sort of Douglas Adams-esque graphic novel about the last human being in existence, an exhibit in an alien zoo, and how this unassuming kid who just wants to play video games winds up an intergalactic gladiator who inspires a rebellion.

Strange Case is pretty damn similar to Dracula in terms of tone and world, though I think it’s probably a bit more fun or, rather, funnier than our series. Space Gladiator is a satire start to finish, very British, an homage to Flash Gordon, Buck Rogers, and similar characters – so it couldn’t be more different than my television work to date.

What are your feelings on death and such?

Terrified of it. Hope to avoid it at all costs.

I’m hugely appreciative of the fans of Dracula. They can always find me on Twitter. My handle is @colehaddon. Say hello sometime.

For more information on the titles mentioned please see: 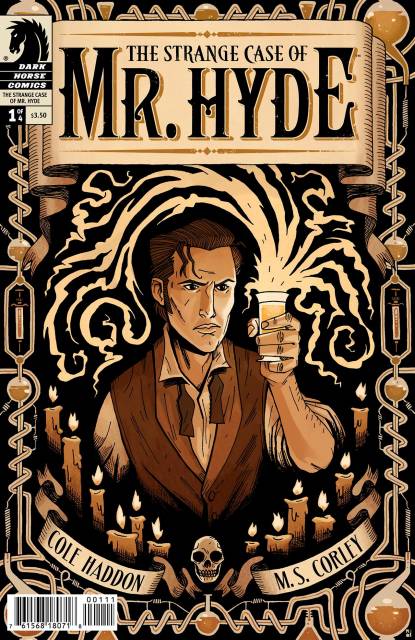 The Strange Case of Mr. Hyde on Amazon.