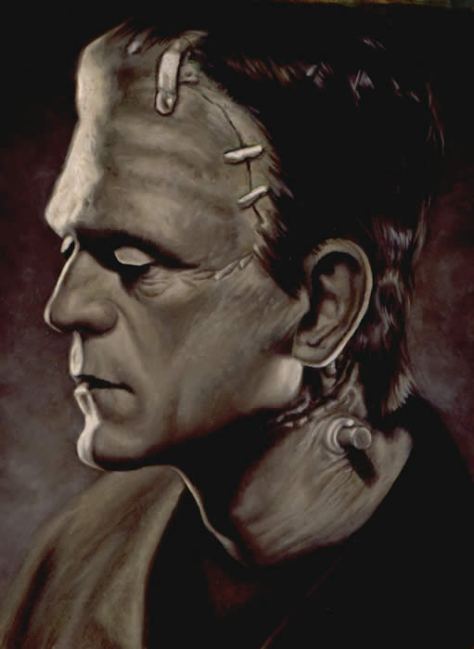 Mark Romanoski has created works of art featuring some of the most iconic characters of our time from Batman, The Joker, The Incredible Hulk, Spiderman, to his lavish renderings of the classic movie monsters. His work has appeared on Magic the Gathering, World of Warcraft, Harry Potter, and at W.W.F. His oringinal works appear in the offices of Warner Brother Studios as well as the W.W.F Corporate Headquarters. He recently he designed an altar piece for the Church of Saint Joseph depicting the death of Joseph. Mark also released his own line of Novelty Tees called Pick Up Your Dead featuring zombies with pickup lines. He creates worlds of fantasy and horror that offer fans of his work some much needed escapism.

What was it like growing up in New Jersey?

As a child were you always drawn towards fantastical things?

As far back as I can remember I loved fantastical things, dragons, superheroes, etc. Before they were called actions figures(Laughs). I had all the Marvel toys growing up. They were crude held together with rubber bands but they were great. It allowed my imagination to create the rest of the world I lived and played in. I wished I still had them, they would be worth a small fortune now.

Why do you think people have always embraced such things? Do you enjoy having the chance to offer people some much needed escapism?

I think you nailed it on the head. Escapism is probably the main thing . As we get older I think seeing these things, in a piece of art, a comic book, or a movie on some level, automatically brings people back to their childhood when things were just a little simpler and more optimistic.

Are there any little known facts about yourself that most people aren’t aware of?

I’m a Led Zeppelin freak. I mean like geek level knowledge. Still have all my posters, tee-shirts, and all of that.

Lets Shake On It

You have been mentored by such great artists as the Hildebrandt Brothers, Peter Caras, and Joe DeVito. What did you learn from each of them? Did you ever imagine as a child you would have had the chance to do all of that?

I’ll answer the first half of the question first. Did I think I would ever have the chance to do all that. Absolutely no. If you had magic glasses you could put on and watch me at my easel you would still just see a 10 year old kid who is just trying to color within the lines just trying to get it right.

I’ve always told people if you were to cut me open artistically four people would fall out. Joe , Peter and Tim and Greg

Joe DeVito taught me 85 percent of the knowledge of what I know. After leaving Joe I had all this knowledge of drawing and painting , Peter Caras sat me down and one by one little by little helped me develop the hand eye mechanics and to make sense of it all. Tim and Greg taught me how to apply and use it in a professional career. What an honor to be taught by one let alone all four. That’s probably why I teach. I realize how fortunate and grateful I am for the opportunities that have been presented to me. I also have to name a fifth Jean Scrocco. A dear friend and former business agent. Jean is one of the best in the business. She’s Greg’s wife and has managed his career for most of his life. Agents are the people you hardly see or hear about. Jean was tremendously instrumental in launching my career and has taught me many lessons on the “Business of Art”. They all started out as Mentors and have become friends almost family like. I told them all the best way I can pay them back is to use what they have taught me and I’m still just trying to get it right.

Do you enjoy having the chance to portray characters that appeal to all ages?

Yeah I love what I do. I’m turning 44 next month but at heart I’m still just a big kid who’s just trying to get it right. It may be life, art or whatever. The important thing is to approach it with a childlike optimism and notice I said childlike not childish. There’s a big difference. 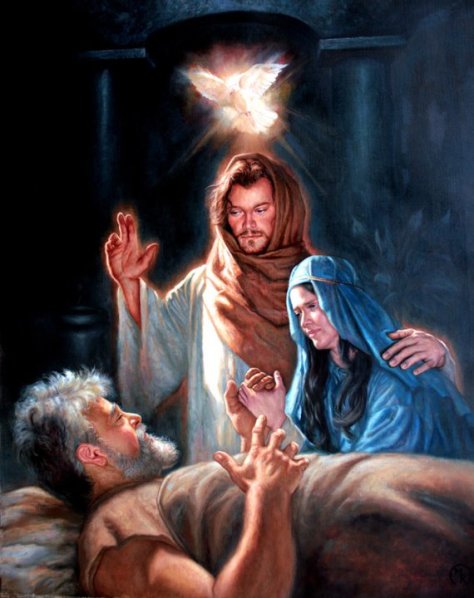 What was it like to create the Altar piece for St. Joseph?

Creating the Piece for Saint Joseph’s was great. I love religious iconography. The painting was done in memory of my father who past away several years ago. It bears a plaque “In Memory of Joseph Stephen Romanoski” under the painting. It truly was an honor.

Do you consider yourself religious?

My immediate answer would be yes. As I get older I find myself being more and more drawn to religion and Spirituality. I have had too much stuff happen in my life to not believe in something beyond my five senses.

How have things changed most for you since we spoke last?

I had taken some time off and didn’t work for about a year. I would not recommend it for everybody but for me it was a good thing. Currently I’m more inspired and doing some of my best painting.

What advice would you offer others who may be struggling with life for whatever reason?

Just keep the faith that this too shall pass. 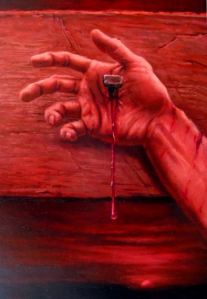 Are there any of your works you consider your favorite?

I’ve learned a lot from Greg Hildebrandt and he and I have very similar personalities and philosophies. He used to always say that his favorite piece is what is in front of him at that moment. That is what has full attention at the moment. Then it’s done and on to the next one that has all attention. I ‘d have to say the same thing of the one on my easel right now.

One thought on “An interview with Mark Romanoski”