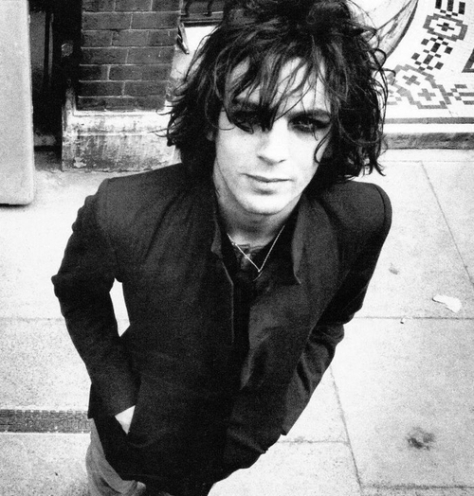 Not ageing, not going bald
or cultivating fat, eating too many pork chops,
wearing hand-me-down cardigans
in faded out pinks and browns,
not forgetting
the dusty stringless guitars in the basement…

Syd Barrett’s spirit roams bird-free
scattering a spiral of psychedelic bats
from the cob-webbed belfry
of his scintillating mind…amazing us with his words,
his fragile breaking voice, a zen koan
echoing on and on
forever

We were scraping the surface of the moon,
exposing our dog-bellies to the Goddess,
lost to the sound, in effervescing light.

It was the pursuit of the miraculous, really.

I was sleeping in the woods one night
and I saw a woman appear from nowhere:
it was her, it was Emily…

Diamond-eyed, he trip hops
through tantalising tulips:
this shaman, this seer,
this poet, this voyant…

this ultracoloured madcap, his laughter coming
from deep within the heart of nowhere.

So tell me Syd, what exactly is a dream?

It was playing Interstellar Overdrive
over and over for hours and hours.

It was too many trips.

It was the mad bastards I lived with.

It was leggy, open-mouthed groupies.

It was always wanting to paint.

It was smashing a twelve-string guitar
to matchwood splinters.

It was brylcream and mandrax
melting to mush in the limelight.

It was playing
only one chord
forever and ever.

It was being called Roger
and living in a suburban semi
with mother.

It was being hospitalised
for having too many dreams.

In my dreams Syd
your spirit rises above the penumbra
of burnt-out acid madness.

You are dancing and singing,
all movement accomplished in six stages,
your voice lilting,
echoing across time, across space,
painting pictures in the sunset
where seven is the number of the young light.

You are the quintessence of spirit, of laughter,
of second sight

reverberating in the raw bone,
in the naked soul of every drifting dreamer.

So here, cast your brass coins
in the Sybil’s cleansing fire,
be hypnotised by the shadow of this rainbow.

Throw away the sedatives,
turn back the clock and rewind the years.

Run naked
through the mystery
of this forever-flowered garden.

Sing your tripped out poetry
deep into the heart of everyone. 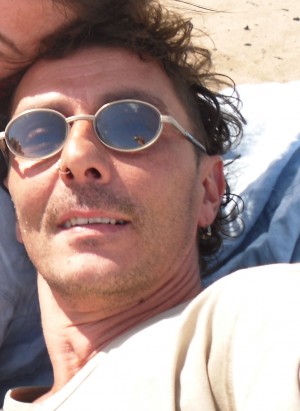 Dee Sunshine is an artist, writer, musician, yoga teacher, tantric massage therapist and new age hobo. He gave up the life of the homesteader in August 2006 and has since then spent most of his time in Spain, India, Thailand and Indonesia. He is the author of three poetry collections The Bad Seed (Stride, 1998) and Dropping Ecstasy With The Angels (Bluechrome, 2004) & Visions Of The Drowning Man (Skylight, 2012). He has also published a novel, Stealing Heaven From The Lips Of God (Bluechrome, 2004).

Dee has put blood, sweat and tears into being of service to other writers and artists, most notably in the time-consuming production of the free resources on his website, especially The AA Independent Press Guide, which he edited, in one form or another, from 1998 until 2011. He edited two print magazines, Dada Dance (1984-1990) and the short-lived, but sweet, Acid Angel (1998-2000). He also edited the charity poetry anthology, The Book Of Hopes And Dreams (Bluechrome, 2006).

Dee’s art is frequently used in print and internet magazines and has graced the book jackets of collections by Janet Buck, Clarinda Harriss, Rupert Loydell, Norman Jope and many others. Dee’s art is now available in high quality, inexpensive reproduction prints, posters and cards from Red Bubble and on various gift items like t-shirts, mouse mats, mugs and fridge magnets from CafePress.